The Man with the Getaway Face

Stark Richard
Master thief Parker comes to a plastic surgeon in Nebraska with a face that the Outfit--the New York syndicate--wants to decorate with a bullet. But nothing can keep Parker away from his old life of crime--and the major heist of an armored car somewhere in New Jersey.
$14.00 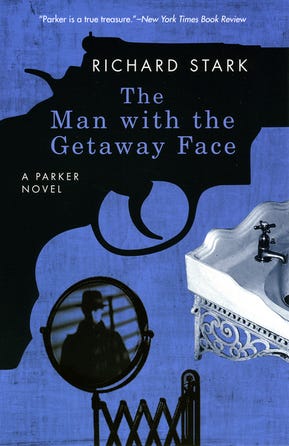 Skip to the beginning of the images gallery
Description
Book Details
You probably haven't ever noticed them. But they've noticed you. They notice everything. That's their job. Sitting quietly in a nondescript car outside a bank making note of the tellers' work habits, the positions of the security guards. Lagging a few car lengths behind the Brinks truck on its daily rounds. Surreptitiously jiggling the handle of an unmarked service door at the racetrack.
They're thieves. Heisters, to be precise. They're pros, and Parker is far and away the best of them. If you're planning a job, you want him in. Tough, smart, hardworking, and relentlessly focused on his trade, he is the heister's heister, the robber's robber, the heavy's heavy. You don't want to cross him, and you don't want to get in his way, because he'll stop at nothing to get what he's after.
Parker, the ruthless antihero of Richard Stark's eponymous mystery novels, is one of the most unforgettable characters in hardboiled noir. Lauded by critics for his taut realism, unapologetic amorality, and razor-sharp prose-style--and adored by fans who turn each intoxicating page with increasing urgency--Stark is a master of crime writing, his books as influential as any in the genre. The University of Chicago Press has embarked on a project to return the early volumes of this series to print for a new generation of readers to discover--and become addicted to. Parker goes under the knife in The Man with the Getaway Face, changing his face to escape the mob and a contract on his life. Along the way he scores his biggest heist yet: an armored car in New Jersey, stuffed with cash.
"Westlake knows precisely how to grab a reader, draw him or her into the story, and then slowly tighten his grip until escape is impossible."--Washington Post Book World

"Donald Westlake's Parker novels are among the small number of books I read over and over. Forget all that crap you've been telling yourself about War and Peace and Proust--these are the books you'll want on that desert island."--Lawrence Block