The store will not work correctly in the case when cookies are disabled.
AuthorLeo Strauss

The Argument and the Action of Plato's Laws 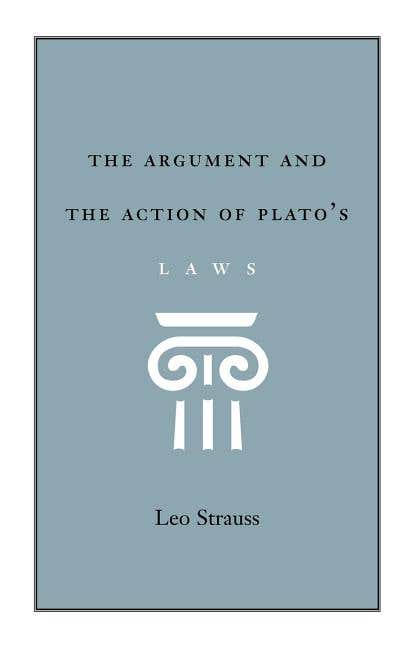 Skip to the beginning of the images gallery
description
The posthumous publication of The Argument and the Action of Plato's "Laws" was compiled shortly before the death of Leo Strauss in 1973. Strauss offers an insightful and instructive reading through careful probing of Plato's classic text. "Strauss's The Argument and the Action of Plato's 'Laws' reflects his interest in political thought, his dogged method of following the argument of the Laws step by step, and his vigorous defense of this dialogue's integrity in respect to the ideals of the Republic."-Cross Currents "The unique characteristics of this commentary on the Laws reflect the care and precision which were the marks of Professor Strauss's efforts to understand the complex thoughts of other men."-Allan D. Nelson, Canadian Journal of Political Science "Thorough and provocative, an important addition to Plato scholarship."-Library Journal "The major purpose of the commentary is to provide a reading of the dialogue which displays its structural arrangement and the continuity of the argument."-J. W. Dy, Bibliographical Bulletin of Philosophy "The reader of Strauss's book is indeed guided closely through the whole text."- M. J. Silverthorne, The Humanities Association Review Leo Strauss (1899-1973) was the Robert Maynard Hutchins Distinguished Service Professor Emeritus of political science at the University of Chicago.
DETAILS
PRODUCT REVIEW