The store will not work correctly in the case when cookies are disabled.
H Colin Slim

A Gift of Madrigals and Motets, Volume 2

$37.00
Near the end of the third decade of the sixteenth century, a five-volume set of madrigal and motet partbooks was assembled in Florence and sent as a gift--or musical embassy--to the English court of Henry VIII. The manuscript set--minus the missing altus part--has been owned since 1935 by the Newberry... Read More

$37.00
Backorders usually ship in 1-3 weeks
Skip to the end of the images gallery 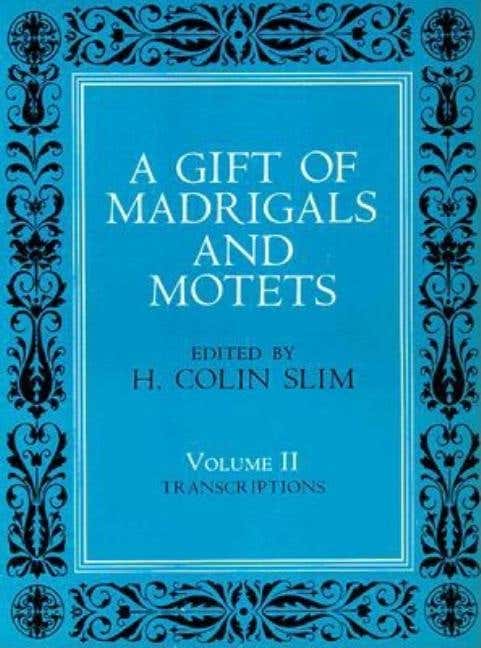 Skip to the beginning of the images gallery
description
Near the end of the third decade of the sixteenth century, a five-volume set of madrigal and motet partbooks was assembled in Florence and sent as a gift--or musical embassy--to the English court of Henry VIII. The manuscript set--minus the missing altus part--has been owned since 1935 by the Newberry Library in Chicago; but until H. Colin Slim's exhaustive efforts, no thorough study of the history or contents of the partbooks had been undertaken. At first encounter, these partbooks yield no clues concerning their provenance, their composers' names, or the reasons for their dispatch to England. In his search for this information, Professor Slim used the musicologists' customary tools, namely, biobibliography, concordances, and textual and musical analysis. But he also used bibliographers' tools not always employed by musicologists: watermarks, bindings, script, orthography, and illuminations. As a result of his efforts, the author was able to identify nearly all the works' composers and the manuscripts' expert illuminator. He also presents a detailed description of the binding process and the probably background of the scribe, places the political and social references in the works, and determines the route the volumes may have taken after they left Henry's library. By placing the date of the partbooks' arrival in England around 1528, Professor Slim suggests that the musical culture of the early Tudor court was less French than has hitherto been thought. Indeed, the presence of the partbooks in Henry's library makes them the earliest evidence of the Italian madrigal in England. The author also provides new and significant data on the artistic and historical position of Philippe Verdelot, the partbooks' most extensively represented composer.
In Volume II, Professor Slim has transcribed the music of the thirty motets and thirty madrigals for modern performance. The parts are cantus, tenor, bassus, and quintus et VI; the altus partbook is missing. Concordant sources provide the altus parts for all but four of the motets and six of the madrigals. These ten have been composed by Professor Slim. Notes at the end of each selection provide variant readings for both music and text. The Latin texts of the motets, the Italian of the madrigals, and an English translation of each appear at the end of the volume.
DETAILS
PRODUCT REVIEW